This page describes the software, hardware, and networking requirements for the nodes where Shipa will be installed.

This document applies only to Self-Managed Shipa. If, instead, you prefer Shipa Cloud, please visit https://apps.shipa.cloud and register. From there on, you can add existing Kubernetes cluster to be managed by Shipa Cloud by following the instructions in Connecting Clusters.

Shipa has a control plane to a many workload cluster relationship. 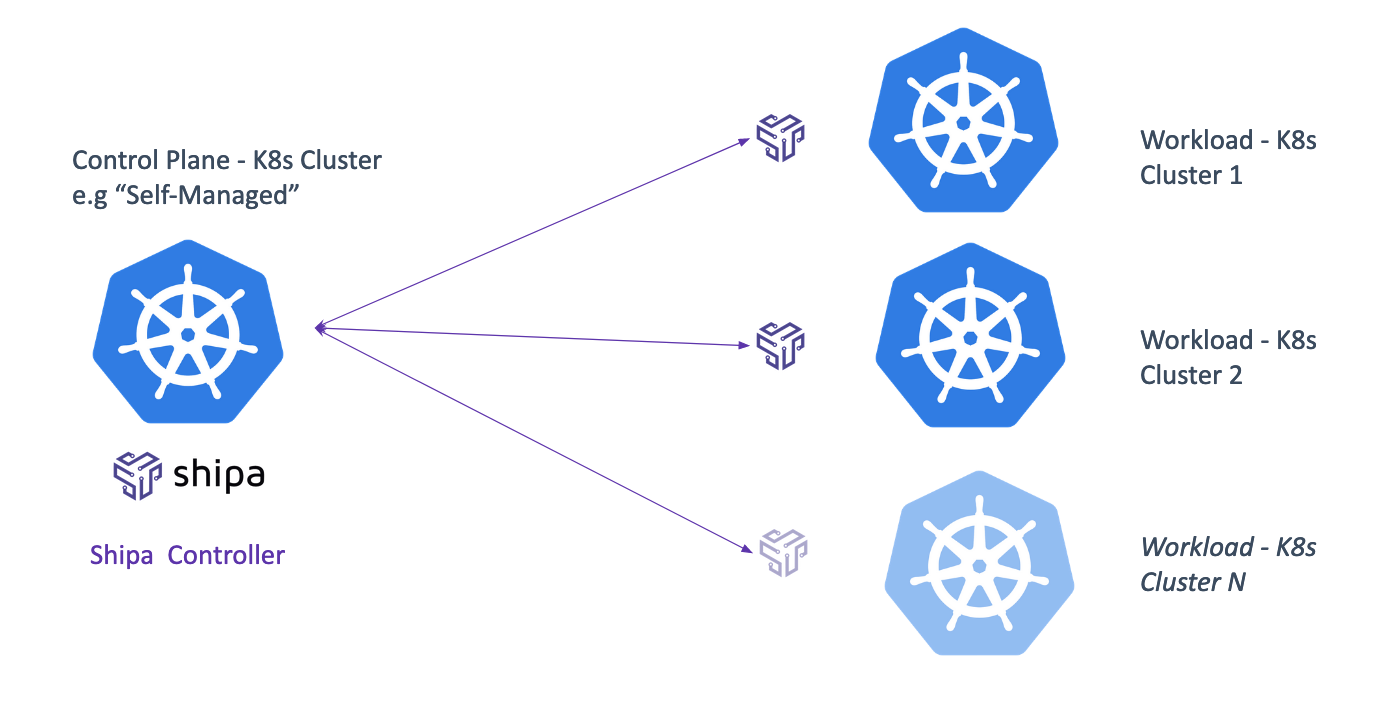 Today, Shipa supports Kubernetes clusters versions 1.19 and higher up to 1.22.

Tested and supported clusters are:

Only single-zone clusters are supported on Shipa's free version.

It is tested with ContainerD and Docker as container runtime. However, it should work in any runtime that implements Container Runtime Interface (CRI).

Hardware requirements scale based on the size of your deployment that is controlled by Shipa. These resource consumptions are at the node level, nodes where Shipa will be installed.

During the install, Shipa Self-Managed by default creates and uses two public IPs for Load Balancers. These Load Balancer services expose some of the Shipa services, using the following ports:

By default, during the install, Shipa uses dynamic public IP set by the cloud provider. If preferred, static IP can be used instead by applying the optional parameter below when using Helm install:

There are several options for the Shipa Self-Managed ingress: Shipa Ingress Choices

For detailed networking requirements, can check out the Shipa Networking Requirements and Shipa Ingress Choices to further customize/restrict your Shipa Self-Managed topology.